International titles by acclaimed authors will once again rule the roost in October, along with a biography of RSS chief Mohan Bhagwat and a splendid story for children, woven around the life of late President A.P.J. Abdul Kalam.

There will be other significant releases during the month, primarily “The Girl in Room 105” by Chetan Bhagat; an “Intimate Portrait of Jahangir” by Parvati Sharma; the final book from the late Professor Stephen Hawking; and John Grisham’s “The Reckoning”.

Here are the five books that we can’t wait to read this October:

In “Killing Commendatore”, a 30-something portrait painter in Tokyo is abandoned by his wife and finds himself holed up in the mountain home of a famous artist, Tomohiko Amada. When he discovers a strange painting in the attic, he unintentionally opens a circle of mysterious circumstances. To close it, he must complete a journey that involves a strange ringing bell, a two-foot-high physical manifestation of an Idea, a dapper businessman who lives across the valley, a precocious 13-year-old girl, a Nazi assassination attempt during World War II in Vienna, a pit in the woods behind the artist’s home, and an underworld haunted by Double Metaphors.

Billed as a “tour de force of love and loneliness, war and art — as well as a loving homage to “The Great Gatsby” — this book, the publisher said, is a stunning work of imagination from one of our greatest writers.

2. Every Breath, by Nicholas Sparks (Hachette)

From the No.1 bestselling author of “The Notebook” comes an unforgettable tale of enduring love this October.

“Hope Anderson is at a crossroads. At thirty-six, she’s been dating her boyfriend, an orthopedic surgeon, for six years. With no wedding plans in sight, and her father recently diagnosed with ALS, she decides to use a week at her family’s cottage in Sunset Beach, North Carolina, to ready the house for sale and mull over some difficult decisions about her future. Tru Walls has never visited North Carolina but is summoned to Sunset Beach by a letter from a man claiming to be his father. A safari guide, born and raised in Zimbabwe, Tru hopes to unravel some of the mysteries surrounding his mother’s early life and recapture memories lost with her death. When the two strangers cross paths, their connection is as electric as it is unfathomable… but in the immersive days that follow, their feelings for each other will give way to choices that pit family duty against personal happiness in devastating ways.”

The publisher said that the novel illuminates life’s heart-breaking regrets and enduring hope, and explores the many facets of love that lay claim to our deepest loyalties — and asks the question: How long can a dream survive?

This is a story told inside-out and back-to-front by the author of the popular “The Book Thief”.

“The five Dunbar brothers are living — fighting, dreaming, loving — in the perfect squalor of a house without grown-ups. Today, the father who walked out on them long ago is about to walk right back in.” But why has he returned and who have the boys become in the meantime? At the helm, the publisher informed IANS, is Matthew, cynical, poetic; Rory, forever truanting; Henry, the money-spinner; and Tommy, the pet collector who has populated the house with dysfunctional pets, including Achilles the mule and Rosy the border collie. “And then there’s Clay, the quiet one, his whole young life haunted by an unspeakable act.”

From a grandfather, whose passion for the ancient Greeks still colours their lives, to a mother and father who fell in love over a mislaid piano, to the present day, where five sons dwell in a house with no rules, “Bridge of Clay” is said to be an epic portrait of how a ramshackle family, held together by stories and by love, come to unbury one boy’s tragic secret. 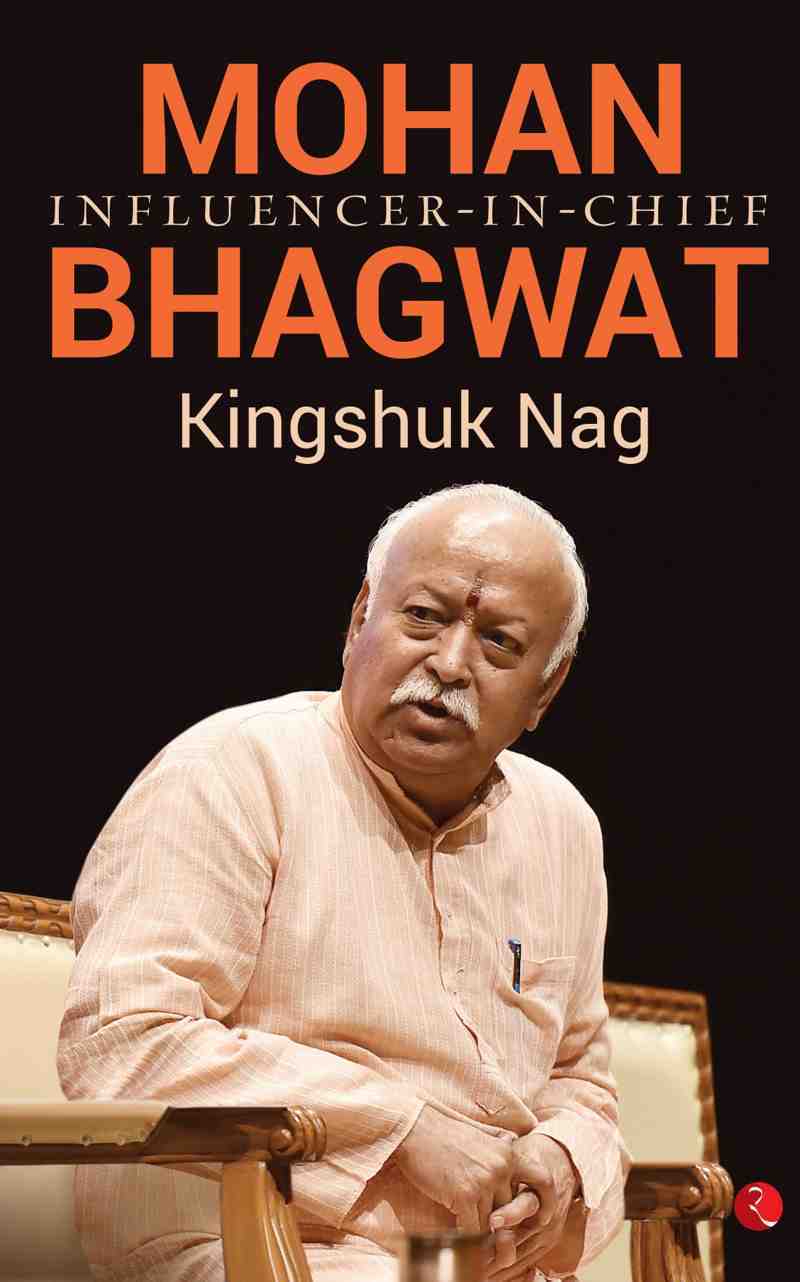 With the Bharatiya Janata Party (BJP) in power at the Centre since 2014, there is growing interest in the Rashtriya Swayamsevak Sangh (RSS), which is perceived as the power behind the throne. Is this true? How much does RSS influence the government of the day? How does it use this influence? Is policymaking in the government dependent on the diktats of the RSS or is the reverse correct? More importantly, what role did RSS Sarsanghchalak Mohan Bhagwat play in bringing the BJP and Narendra Modi to power? With the 2019 election not too far away, what is the critical thinking in the upper echelons of the Sangh? How does it propose to forge an alliance that will propel the saffron party to power again?

“Mohan Bhagwat: Influencer-in-Chief”, the publisher said, looks incisively at the Sangh and its world view, its inner workings, and how it has moulded the Indian mind-set. It also focuses on Mohan Bhagwat and examines what propels him to spread the influence of the Sangh across the nation.

5. The Adventures of Young Kalam, by Stuti Agarwal (Juggernaut)

And finally, why should adults have all the fun? Meet Kalam, perhaps you know him well already! He is the cleverest little boy in his school, perhaps even in his town, Rameswaram. He is annoyingly curious, full of crazy ideas and up to mad innovations. Everyone around him thinks he is bonkers and best avoided — all except his dad, two best friends and Professor Ramachandran, the science teacher in whose little laboratory he tests all his inventions. But when the school’s most horrid teacher, Punnakai, spreads lies about the professor’s experiments and plots to throw Kalam out for his latest creation, the two have to find a way to fight back.

The book casts an iconic new character like Chhota Bheem by weaving a fictional narrative for children around India’s late President A.P.J. Kalam.