Lisa Ray has the kind of wisdom that comes only to those who have had a close brush with death. The 47-year-old was diagnosed with the cancer of white blood cells—known as multiple myeloma—in 2009. Today, 10 years later, she is invincible—she is acting again, is raising two young daughters and has realised one of her long-standing dreams—that of becoming a writer.

I meet her minutes before the release of her debut book Close to the Bone—the story of her eventful life and personal musings—and she confesses that she’s nervous. This, despite having led a very public life, being one of India’s first supermodels and the lead actor of Deepa Mehta’s 2005 film Water, which was nominated at the 79th Academy Awards in the Best Foreign Language Film category.

“I am nervous most of the time,” she tells me, adding, “We cultivate this kind of a persona. It’s the result of years of being in this business. But I am profoundly a misfit in many ways and I say that with great affection, not with any judgement. I am an introvert, I have social anxiety and I write about all of that in the book.”

Here, she discusses her writing debut, which she says was always in the offing.

How long did it take you to write Close to the Bone?

I like saying that it’s been 25 years. It may look like a revelation to others but I have always seen myself as a writer. I have always been writing, taking notes. That’s my way of processing the world. I am also a fervent reader. I have this ability to be in a situation and yet be observant about it. In that sense, I have been doing the research and accumulating the material for this book for many years. However, I rewrote the manuscript in the last year-and-a-half.

How much of it is from your blog on your experiences with cancer—The Yellow Diaries?

Not much. The blog was a starting point. It’s very hard to define the book but it is not a cancer memoir. Of course, I write about my cancer experiences but that comes right at the end. The book, in totality, is about my life, trying to reveal, unmask and embrace both the shadow and the light. It isn’t just limited to my life. I’d like to think that the best books have the ability to take something very specific and make it universal—you should find yourself in the book.

There is a lot that people will relate to because I have written about my inner journey, the parts that we normally hide, the insecurities, the wounds, the traumas, the joys and the celebrations as well. I hope that it’d be a point of connection. Most of what you’ve discussed in the book is very personal. Weren’t you hesitant about making your private life public? About judgement? Have you used filters, altered things to make it more readable or for better storytelling?

I don’t think this way, but at the same time, I do consider myself a storyteller and primarily a writer. I am seeing this as my writing debut. I might have altered the language a bit but I have tried to be as candid in telling my truth from my perspective. You are going to get a taste of my soul. This is exactly how I see the world. I have tried to squeeze the juice out of every moment. And I don’t necessarily see it as good or bad.

Though you are comfortable with writing but putting together this book must not have been easy. What were your challenges?

It was hard and I needed help with the structure. There were other struggles too—my own inner struggle, some practical constraints. There was a very different version of the book that was supposed to be published originally but I was not happy with it. I withdrew it from the original publisher and everyone around me said I was mad. Finally, it found its perfect home at Harper Collins India that understood what I wanted to do and supported my voice as a woman. It’s very difficult. You have to fight for your voice every time.

There were difficulties but the book sort of organically began unpacking itself. As I started telling this story, it took on a life of its own. Because so many stories were contained within me, they started telling me how they wanted to be told.

Are you looking at writing as a prospective career then?

Yes, I don’t see this as a one off thing. I see this as a debut into a world that I have always felt most aligned with in terms of my nature, aspirations, longing. It is the first of many more books to come because it’s the way I process the world.

I really love writing but I also want to gouge out my eyes when I am at it. It’s both the most blissful and the hardest thing to do. That’s how I know that it’s my calling.

Read: Shweta Bachchan on Her Debut Novel Paradise Towers and the Inspiration Behind It

Read: Want to Get into Baking? This Self-Taught Star Chef Might be Your Inspiration

Battling a disease as fatal as cancer can be life altering. What has it changed in you?

I’m still understanding what’s changed in me and that’s perhaps why this book took so long because I wrote the first draft right after my cancer diagnosis. I realized I had to digest a lot about it. Cancer clarifies a lot of things. For me, it made me make the changes in my life that helped me live closer to my truth, which means a life that’s simpler, a lot more still, a lot less public. Cancer helped me live a more authentic life.

Also it taught me to value myself, to put my needs first, as a woman and a creative professional. I stopped procrastinating from pursuing my really big dreams.

Close to the Bone is an interesting title. How did you come up with it?

I was actually going back and forth on the title. I had chosen a really long one, which apparently wasn’t very sexy. It was while I was writing a synopsis for the book that I came up with this. It is the story of a life lived, of emotions close to the bone. It just spilled out of me. I looked at it and I thought this works at so many different levels. It is a play on my cancer and on the way I have lead my life. It’s also a way of describing that the closer you get your essence, to the core of your being, the closer you are to your truth.

How important was it to write this book? 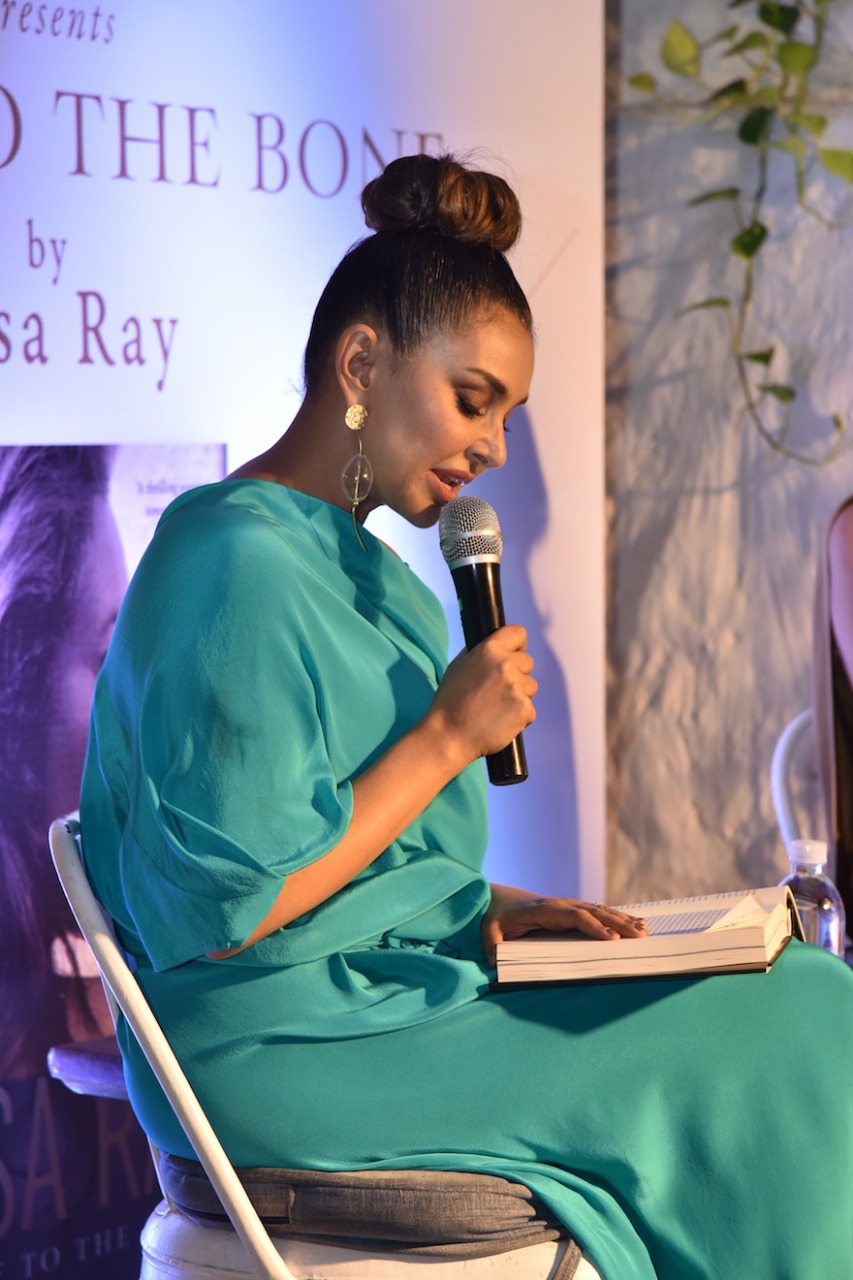 Lisa Ray at Close to the Bone’s launch in Mumbai on Monday. (Image: HarperCollins India)